The big news is a new scoring system and a playoff system, finally, for Head to Head, but there are other tweaks in the deadlines, and the new Draft and Hold league is incorporated. Click the Constitution 2019 link above and look for the red type. 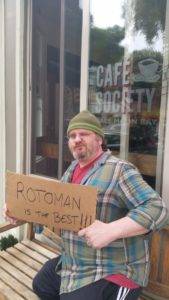 END_OF_DOCUMENT_TOKEN_TO_BE_REPLACED

This year, for the first time, Tout Wars Mixed Draft owners will be able to redeem the draft day “price” of a player for FAAB dollars, if a player he owns goes on the Disabled List. The rule reads, in part:

If a player who was bought in the auction is placed on a major league disabled list, 7-day, 15-day or 60-day, his Tout Wars team may release him and ask his SWAT to add the player’s auction salary back to this year’s FAAB. In the Mixed Draft league, players will be given dollar values based upon the prices paid in the Mixed Auction league. For instance, the first player drafted will take the value of the most expensive player taken in auction. Similarly, the 20th player drafted will have the price of the 20th most expensive player bought in auction, regardless of position.

The main changes involve the Mixed Leagues. You can read it here.

Each Mixed League team will have six reserve players this year, up from four last year.

Also, for the first time, Mixed Draft owners will be allowed to redeem players who go on the DL for FAAB. How do we determine the prices of the Draft players?

There is a link in the Constitution to the Tout Wars X constitution for 2015.

Mastersball does its usually fine job reporting and analyzing the moves this week in the four Tout leagues, as they do every week.

We had another transaction-deadline kerfuffle this week in the leagues. As you surely know, the Cubs and Athletics made a big interleague trade on Saturday. The trade was processed on Saturday and Jeff Samarzdija and Jason Hammel were available in the AL Bidmeister this week, and Dan Straily was entered into the minor league list of the NL.

Then, on Sunday morning, the Yankees and Diamondbacks made a trade of Vidal Nuno for Brandon McCarthy. Whatever the merits of the deal, it clearly took place sometime around noon ET Sunday officially. That’s when the Dbacks tweeted that the deal was done.

The wrinkle was that some enterprising Tout Warriors were able to find McCarthy’s and Nuno’s names in the list of “Minor Leaguers” that our stat provider adds in addition to our regularly eligible list, because Tout Wars allows teams to buy minor league players on waivers (provided they keep them on their active roster for one week afterwards). It turns out the minor league list is actually a list of all ineligible players, so other-league guys like McCarthy and Nuno were listed though they clearly weren’t eligible.

The claims were unravelled. A note has been sent to all Tout Leagues about who is legal and who is not.

Just to clarify one thing: The reason Tout Wars determines eligibility based on the previous day’s legal ML rosters is because these are reliable and vetted and available to everyone via the MLB website. In-day moves are subject to lots of interpretation, misleading tweets and timing issues that cannot be regularly and fairly applied.

We know that some leagues approach the transaction wire like a stream of info to be acted on immediately, which is great fun if you choose to play that way, but for Tout Wars purposes a more orderly process has been chosen instead. Alas, this means that Brandon McCarthy and Vidal Nuno are free agents all week, this week.