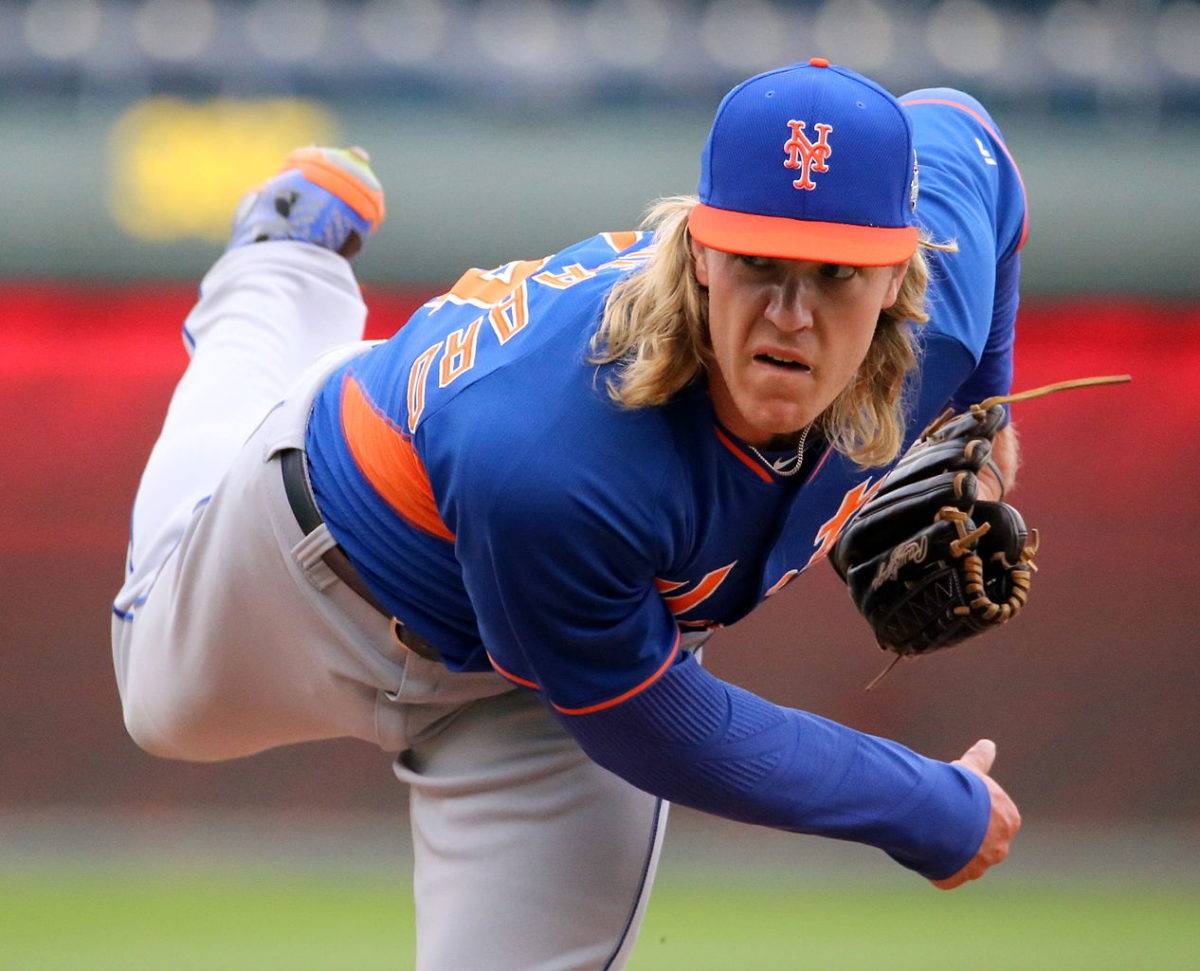 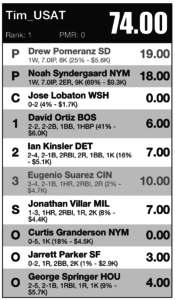 Both Tim Heaney and Rick Wolf started with Noah Syndergaard and Drew Pomeranz as their pitchers. Nothing surprising there. Pomeranz was owned by 25 percent of RTSports.com’s daily fantasy players yesterday, and Syndergaard was owned by a whopping 69 percent, despite being the day’s most expensive pitcher. 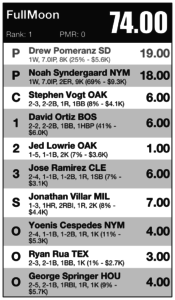 Wolf also rostered Ortiz and Villar, and got solid games from Stephen Vogt and Jose Ramirez. All his hitters scored points, and thus he climbed to 74 points, deadlocked with Heaney.

The two will share the lead for Period 3 of the Tout Daily by RTSports.com contest. The top 3 teams after the four-week period will win golden tickets to the August 26th final, the winner of which will be crowned Tout Wars Daily champion for 2016.

The only other pitchers to lead their teams into the Top 10 were Kenta Maeda, Danny Salazar (the day’s leading scorer), and Vincent Velazquez (who only scored 8.33 points).

Curiously, Mike Gianella and Todd Zola tied for seventh last night, with 66 points. Both rostered Pomeranz and Syndergaard, but shared no other players.

Look for DFS picks next Friday here at toutwars.com, but you can play DFS for prizes or fun at RTSports.com every day.