WHEN BLUE TURNS TO GREY

Then try as you may…. 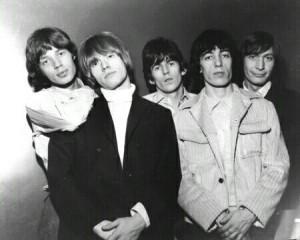 The Rolling Stones wrote a song about losing your girl and thinking, at first, about getting over her quickly and starting to have a great time with other girls, but thenâ€¦ Blue turns to grey, and you have to find her. Love isnâ€™t so easy to put aside, it turns out, even for Jagger and Richards.

Jason Grey takes the same approach to drafting pitchers. You pledge your troth, you start it up, and then you either win, as Jason has done in Tout a couple of times (and is doing so far this year), or you look to mother’s little helper for salvation.

Standing beside the draft board during this yearâ€™s Tout Wars AL draft, the most common comment I heard was: â€œI donâ€™t know what Jasonâ€™s doing. I donâ€™t like those pitchers.â€ And then the season started.

Shoppach has earned $0. Navarro Less than that. Jason has steadfastly stuck with Tampa catchers and picked up John Jaso, who has earned $5 thus far, which means Jason isnâ€™t that far underwater at catcher.

Overbay has been a disappointment because his BA is low, but the homers and diminished expectations have made him worth this bid even after his slow start. Beltre has been great, except when it comes to keeping Red Sawx outfielders on the field. I thought $21 was too high, but Beltre has earned $17 so far. Kotchman has been a disaster.

Scott Sizemore has been a disaster, too.Â  If Elvis Andrus keeps it up heâ€™ll earn this price, plus some profit. Orlando Hudson is a totally fine pick, an unsexy player who will easily earn more than $10.

BJ Upton is a loser so far, based on his price. But he might bounce back. JD Drew is a winner so far, based on his price, but heâ€™ll probably continue to slump. Josh Hamilton is doing great, and was probably a bargain. Vernon Wells started the season great, and has nearly earned this price now (good pick, Jason!). But heâ€™s been awful for the last two months, and itâ€™s hard to predict heâ€™ll rebound given past history. Gutierrez is exactly what he was expected to be.

A great hitter who is getting older, but who gets healthier and moves to a better park in which to hit, presents a projection problem. Jason bet pretty hard on Vlad, and seems to have won (heâ€™s earned $21 so far this season, on par with his best years).

The bottom line is that Jason spent only $50 on pitching, but heâ€™s got a decent 34.5 points. Thatâ€™s a healthy return on investment, thanks to picking up Gregg, a cheap second closer, and hitting the jackpot with starters CJ Wilson, Colby Lewis and Dallas Braden in the auction and Mitch Talbot in the reserve round.

By going cheap on pitching, Jason was able to buy lots offense without earning huge profits from his hitters. The profits come from â€œriskyâ€ pitchers, and as with any longshot, the payoff is huge, which is why Blue has turned to Grey so far, at least.

The main challengers for the AL title so far are Joe Sheehan and Steve Moyer, 16.5 points back and tied for second place. Letâ€™s hear what they have to say about their seasons so far.

Q:Â  What has gone right for you this season?

SHEEHAN: I did the best job of assembling a pitching staff I ever have,Â paying under value for four of the league’s best starters, plus getting very lucky in gettingÂ one cheap closer in Neftali Feliz and some random cheap saves from Matt Thornton and Joba Chamberlain.

MOYER: No power from Zobrist and Hank Blalock. No run support for Zack Greinke. Chris Getz is El Stinko. My big FAAB acquisition Bengie Molina hasn’t exactly torn it up for the Rangers yet either.

SHEEHAN: Injuries just eviscerated my lineup, and I haven’t had nearly enough playing time to make a dent in the counting stats. Also, some roster problems early in the year forced me to cut Tommy Hunter just before he was called up.

Q:Â  What are your chances of winning?

SHEEHAN: Maybe 15 percent. Jason Grey has the best team in the league, so I’d need to improve and have him get unlucky in the second half.

MOYER: I’d say 40 percent. Can Grey survive on first-half heroes Hamilton, Vlad and Vernon Wells and a rag-tag pitching staff? I look at his team and I’d rather have mine. Sheehan’s hitting looks as bad as Grey’s pitching.

Q: What has to happen from here on forward for you to win?

SHEEHAN: I’m going to need to find a lot of at-bats, and that means trading at least one pitcher, maybe up to three, for comparable hitters. I then need to catch one guy coming over from the NL (or a promoted hitter after a trade in the AL) to fill out the lineup, and have everyone stay healthy for aÂ few months. I’m alsoÂ going to need to catch a break in replacing whatever pitchers I trade.Â Basically, I need to make three good decisions and get lucky.

MOYER: I need a second-half power surge from Zobrist (it would help if Blalock emerged as a pleasant second-half surprise somewhere) and a big FAAB power bat from the NL. I need wins from Greinke. If I could pull another solid starter out of a hat, that would help too. Kerry Wood needs a minor miracle to not lose his closing job either to poor performance or a trade into a setupÂ role.

Jason Collette, the Glenn Colton/Rick Wolf entry, and Jeff Erickson are virtually tied for fifth place, 23 or so points out. Hereâ€™s what they each think about their chancesâ€¦

Aggressive FAAB early to maximize impact has helped a lot.Â  Corey Patterson added 16 swipes (worth 5 points)Â with a very solid .287 average playing everyday, Brennan Boesch has been all world and a ROY candidate,Â while Alfredo Simon has added 11 saves (worth 5.5 points).

Mark Teixeira did not hit at all in April OR June and the middle infield of Peralta/Lopez has hit like a tandem of Mark Belanger/Doug Flynn but without the great gloves.

Q: What are your chances of winning?

We are in the hunt.Â  We managed to get to 5th place without getting the production we should from Arod, Tex, Peralta, Jose Lopez.Â  If those guys just hit like they should and the big three pitchers are solid (Floyd, Shields, Garza), we will be in the hunt.Â  However, we have learned to never, ever underestimate Jason Grey (the current leader)

Nailed most of my pitching gambles. Niemann, Hughes, and Liriano exceeded expectations

Q: What has gong wrong?

Kazmir and Harden worse than expected and I’ve been decimated by injuries. Not to mention, Kinsler and Cameron combining for fewer homers than Jayson Nix has this week (and I donâ€™t have Nix!) has not helped my offense.

Q: What are your chances of winning?

Slim and none and slim has a foot out the door. I fell too far behind in the counting categories and trading Liriano for Torii Hunter barely put a dent into it. Getting Ellsbury back here soon will help me finish in the top half, which is a success after last season’s 11th place finish.

Q: What needs to happen for you to win?

Branyan has to hit 19 second half homers as he hit 19 1st half last year in Seattle, Ellsbury needs to go nuts when he comes back, and Kinsler and Cameron have to start producing more runs.

Taking that profit from drafting Lee at a discount, pouring gasoline on it, and lighting it on fire by trading him for Grady Sizemore, who suffered a season-ending injury before logging a single at-bat for me.
Also, I’m that guy that bought into Joe Mauer’s powerâ€”at least, that he’d end up somewhere in the 15-20 HR range, and not the 8-10 range.

Hmmm, Aaron Hill has pretty much been a bust, too.

Also, I took too many chances building an outfield. I took four speculative guys between the auction and the reserve draft (Jermaine Dye, Desmond Jennings, Michael Taylor and *cough* Elijah Dukes), and nary a one has cashed in yet. One OF that I did spend on, Nolan Reimold, barely made it into May before getting sent down. Subsequently, I’ve had to scramble to fill the open slots, selling off a pretty good pitching staff to compensate sooner than I would have liked. Hence, the Cliff Lee tradeâ€”and I also traded Andy Pettitte for Scott Podsednik. I just don’t have the trade capital that I’d like to have right now to chase stolen bases or saves.

What are your chances of winning?

Not all that great.

What has to happen from here on forward for you to win?

I need some combo of Reimold/Jennings/Taylor to both get the call and thrive, particularly Jennings so that I have a chance to either gain points in stolen bases or trade him so that I can gain elsewhere. I’ve gone from having a surplus of starting pitchers to needing one more, and getting either Derek Holland or Rick Porcello back and productive would be helpful.

Even if all of this happens, and I hit a home run on a couple of trades/pickups, I fear that my upside is second place. Jason looks to be just too difficult to catch.

THE BOTTOM LINE: The contenders do a good job describing their chances of gaining points, but all are far enough back that they really need Grey to fall. But in the hitting qualitatives Grey is vulnerable to fall one point each in Runs and RBI and he has a healthy if not safe cushion in HR, SB and BA. Meanwhile, he has upside in Wins, is comfortable in Saves, ERA and Strikeouts and could go up or down a couple of points in WHIP. He has the least amount of FAAB, but he has Erik Bedard coming back. Itâ€™s going to take a major disaster for anyone to catch him.