On a rare Friday night edition of Tout Daily, Jake Ciely from FNTSY Network and the RotoExperts lapped the field, putting up an impressive 157.95 total. Despite a mere 2.05 points from Domingo German, the All In Kid rode Nate Eovaldi and Ronald Acuna Jr. to victory. Check out the rest of Jake’s lineup below.

Lawr Michaels from CreativeSports had his best showing of the year but still fell 12.4 points shy of Ciely’s score. Howard Bender edged out Brian Walton for the third spot.

This was also the final week of the fourth Tout Daily period, meaning three more Golden Tickets into the Survivor Tournament Championship are awarded. The first belongs to the top scores, SI.com’s Michael Bellar. Bellar also receives a complimentary T-shirt from Rotowear for his efforts. The second ticket is awarded to the golden voice of Rotowire, Derek VanRiper. Todd Zola captured his third entry into the finals as well as leapfrogging Rick Wolf for the overall points lead and earning a wild card entry into the playoff round.

So far, tickets have been awarded to Zola (3) and Clay Link (2) with Wolf, Ray Murphy, Derek Carty, Steve Gardner, Bret Sayre, VanRiper and Bellar, all with one.

We’ll be back to our normal night next Tuesday. This will be the final chance for the participants to win a Golden Ticket. As always, we’ll post our favorite pitching and hitting picks around 6 PM ET that evening. Don’t forget to pop back Sunday for the Tout Wars FAAB report and then on Monday for our popular Tout Table. 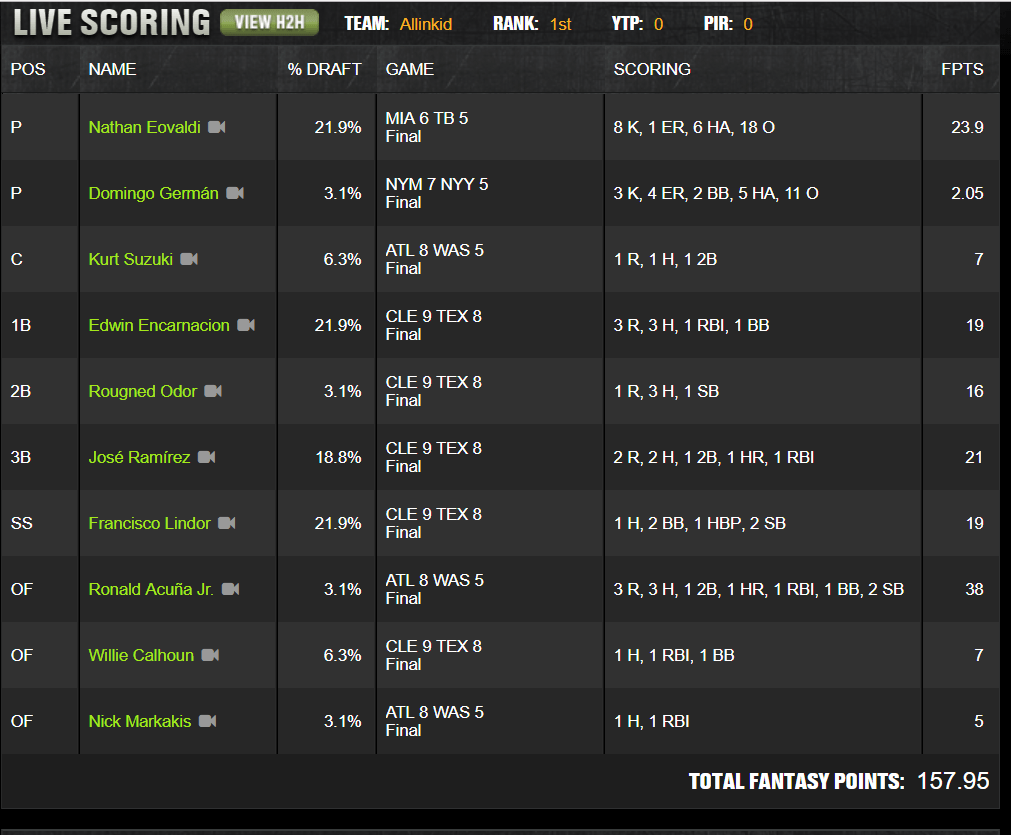