You can break Tuesday’s Tout Daily into those who stacked the Nationals and those kicking themselves for not stacking the Nationals. Count Andrea LaMont among the former as RotoLady came out on top on one of the higher scoring nights of the contest. The Godfather Charlie Wiegert and Wise Guy Gene McCaffrey were close, but not close enough to best Andrea’s impressive 168.15 total. Aside from keying on the nation’s capital, RotoLady clicked in a rejuvenated Zack Godley to anchor her pitching as well as capturing Khris Davis’ big night featuring three hits including a homer. Check out Andrea’s lineup below.

Despite her big night, Andrea remains on the outside looking in for the last three Golden Tickets into the Survivor Championship Finals. Derek Carty took over the op spot in Period 5, followed by Jake Ciely and Michael Beller. Just 5 points separate the top-three with several within shouting distance halfway through the final qualifying period.

Rick Wolf remains the top overall points scorer in the quest for the wild card entry into the championship. Beller leaped into second with Todd Zola lagging in third. See where your favorite Tout stands in the Leaderboard. 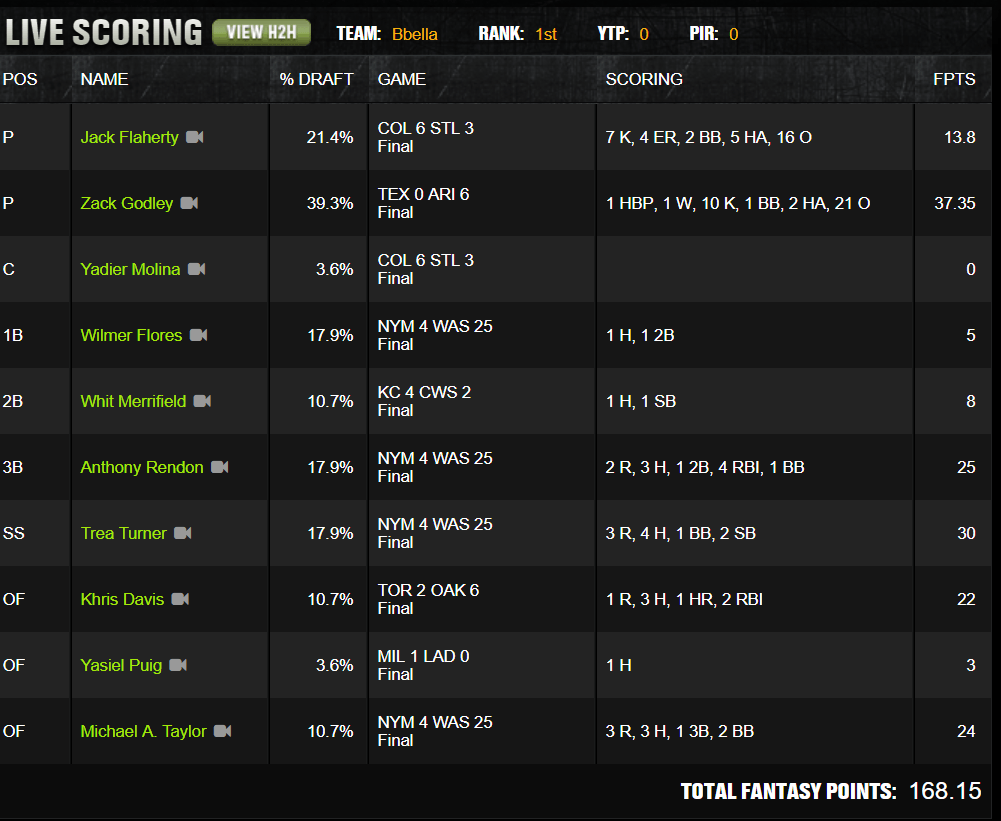