Yeah, I know, the headline makes no sense. Sorry, it’s getting late into the contest and the heat is humidifying my creativity. What does make sense, however, is Tim Heaney winning his second week of Tout Daily, posting a solid 154.7 points, comfortably ahead of Justin Mason’s 143.05 which in turn bested Gene McCaffrey’s third place total by exactly 10 points.

In our Tout Picks piece, Heaney chose Tyler Glasnow with the following quip, “I’m way behind in the chase for a Golden Ticket, so here’s my pivot. He may not go deeper than five innings, but the Orioles rank among the most strikeout-happy clubs, and in two-pitcher lineups like this, Glasnow still could be a value as long as he doubles his price in output.”

Talk about hitting the nail on the head, Glasnow threw four frames, with nine of his 12 outs by way of the punch out. Heaney’s hitters were spurred by homers from Rougned Odor and Jeimer Candelario. Check out Tim’s complete roster below.

While Tim’s big night got him within striking distance of the final three Golden Tickets into the Survivor Tournament Championship, currently the top three spots belong to Justin Mason, Bret Sayre and McCaffrey with several others still in contention.

Rick Wolf has a comfortable but not insurmountable 46.9 point lead over Todd Zola for the overall points lead and a wild card entry into the finals. See where you favorite Tout stands on the Leaderboard.

Be sure to check out all of our weekly content, beginning with the Tout Wars FAAB Report every Sunday, then the Tout Table on Monday, followed by Tout Daily Picks on Tuesday before closing out with Tout Daily Wrap every Wednesday. 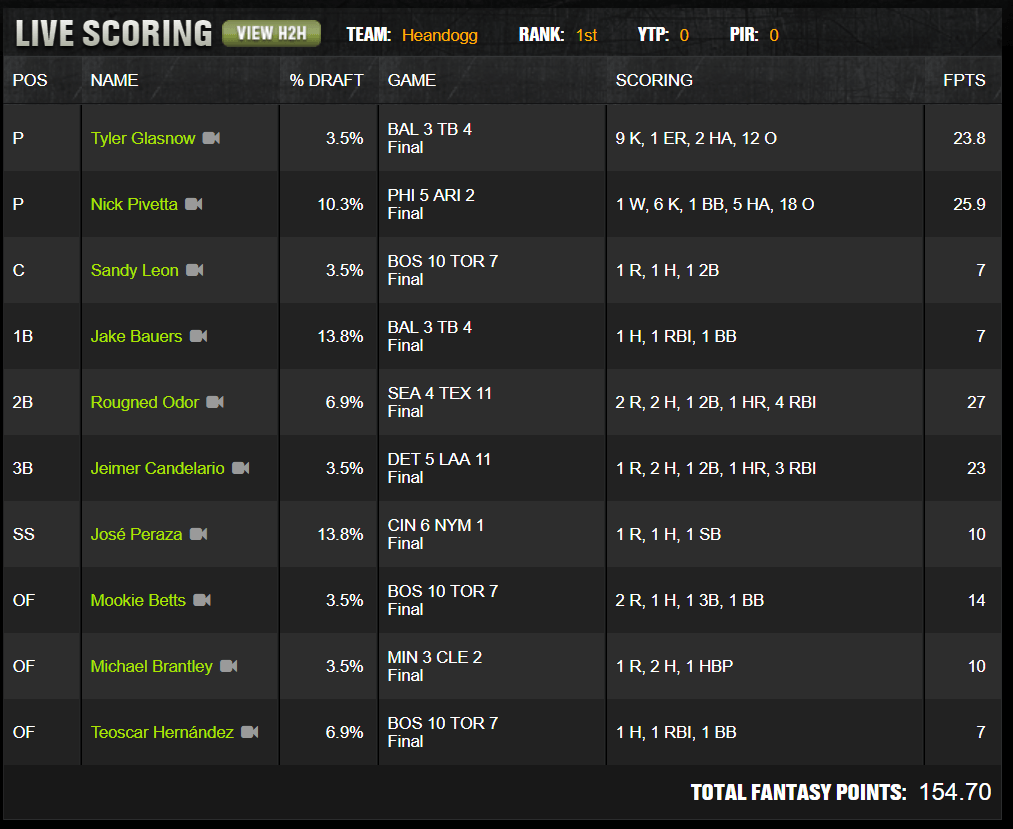