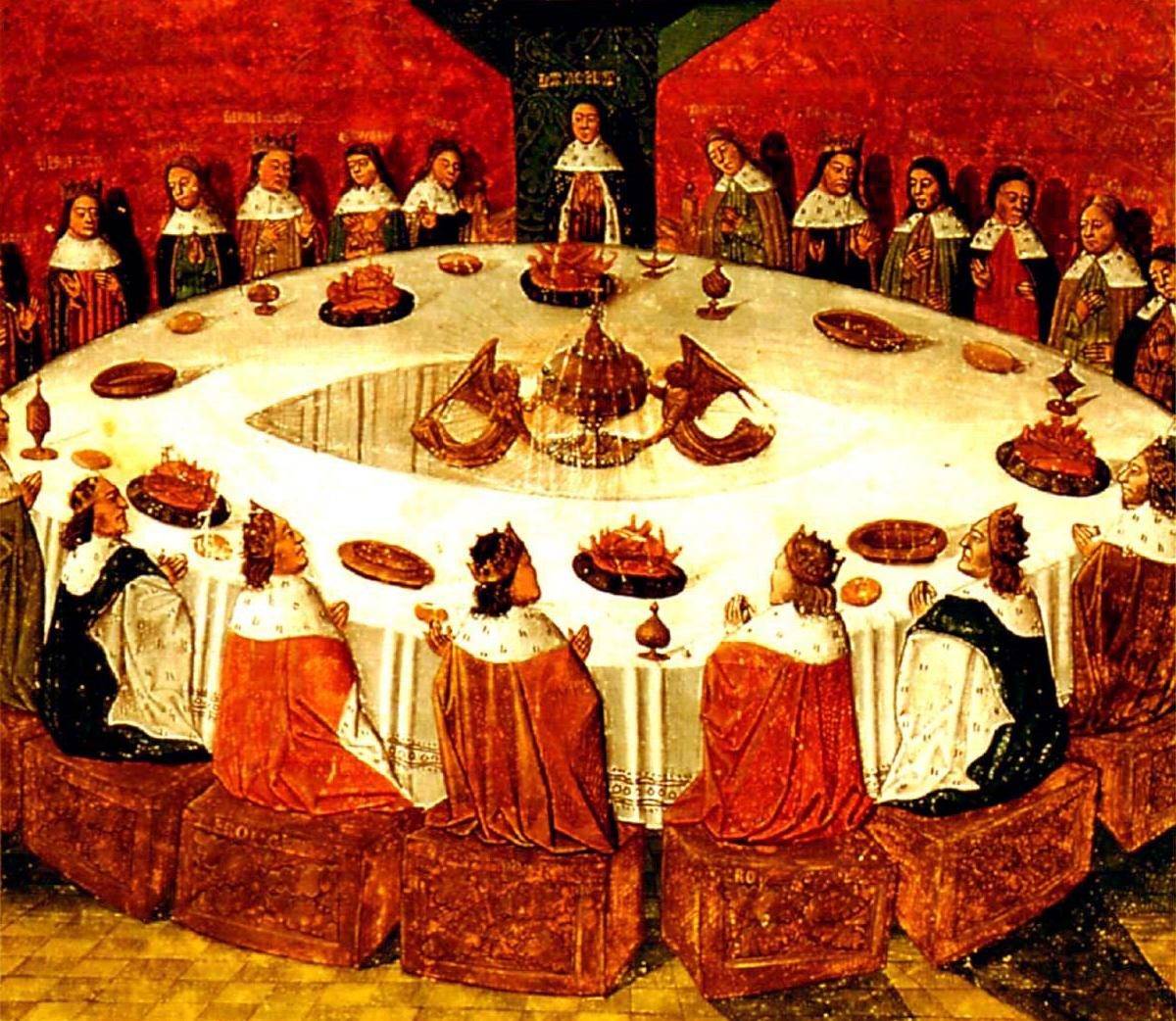 How do you go about choosing players to jump in and out of your lineup on a weekly basis?

Scott Engel (Rotoballer, @scotteTheKing): For hitters, in close calls, I will look at recent hot/cold trends, but that can sometimes backfire, so I put the most emphasis on upcoming matchups for the week. For starting pitchers, I will consider matchups, ballparks, recent outings and whether they have two turns plus look at xFIP, strand rate, etc.

Brad Johnson (Patreon/BaseballATeam, @BaseballATeam): I guess I’ll state the obvious and let others react. I look at total games (or expected starts), matchup quality, parks, and any relevant platoons (handedness or GB/FB). I’ll interact that with player quality and use anyone who is obviously in a better spot than the alternatives. For close calls – which honestly aren’t super common – I’ll either do additional analysis or “go with my gut” if I’m in a lazy mood. So much of baseball is RNG that a single decision point on an apparent coin flip isn’t worth much effort.

Doug Dennis (BaseballHQ, @dougdennis41): Top players stay in no matter what. This year (more than usual) I have to go with whoever is healthy/playing and don’t have much of an actual choice. Where I have an actual choice, I go by strength of opponent almost entirely, because of what Brad Johnson said–over hundreds of coin flips, facing the weakest possible opponent will pay out.

Matt Truss (Razzball, @MattTruss): I am a company man, and Razzball has the best tools around for just thing! The weekly planner for starting pitchers is a very valuable tool for this, additionally, the weekly hitter values are awesome. That said, I have a core group of hitters and pitchers that won’t move regardless of the numbers. I have 3 or 4 that may rotate and I look at total games being played, splits and ballpark data in addition to the Razzball tools. Then I always look at the standings to judge my SP/RP mix and where my team needs are.

Michael A. Stein (Fantasy Judgment, @FantasyJudgment): I hardly ever bench star players unless they are in a Semien-like slump or are dealing with injuries not serious enough for an IL stint. Otherwise, I oscillate between more marginal players and tend to look at the number of games players have scheduled, who their opponents are, and what ballparks the games will be played. I try to make decisions for hitters before or in the midst of hot streaks, but sometimes I overthink things rather than go with my gut instinct. Choosing pitchers is more of a crapshoot because there are so few who can be relied upon on a consistent basis. Outside of superstar pitchers, I will opt for starters who are against teams with bad lineups or have games in more pitcher-friendly ballparks.

Patrick Davitt (BaseballHQ, @patrickdavitt): I look at matchups, trying to get hitters in against weak pitchers, and vice versa. I usually use wOBA as the go-to metric. This season, I’ve also been on the lookout for teams with eight games in the week to try to amass PAs from my hitters. I’ll start two-start SPs unless a marginal SP is facing a top offense.

Mike Podhorzer (Fangraphs, @MikePodhorzer): I rarely juggle my hitters, with the tiebreaker coming from number of games in the week. I usually don’t like carrying hitters with positive value on my bench, because it’s a waste, as the hitter only really adds value when injury strikes. For pitchers, a two-start starter is almost always starting. If I still decide to bench him, then I question why I even own him. Then there’s the group that always starts each week, regardless of opponent, unless it’s one start at Coors Field. Finally, opponent’s offense and opposing starting pitcher help me decide which of my lower tier pitchers to start.

Chris Blessing (Baseball HQ, @C_Blessing): Obviously, top hitters are usually in the lineup no matter what. I look at several factors for my non-top guys. I usually roll with favorable matchups, favorable ballparks and expected lineup spot to determine whether I go with one guy over another. For pitching, I’m fairly chalk and don’t like to speculate too much. When I’m between two guys, I rely heavily on opponent strength and my scouting eye as a determining factors in close comparisons.

Mike Sheets (ESPN, @MikeASheets): I don’t swap my hitters too much. Only the fringe guys are occasionally rotated in or out, and those decisions are generally based on upcoming schedule (number of games, opposing pitchers/parks) and sometimes recent performance if it’s a coin flip. As for pitchers, I usually will sit my mid- and low-tier starters against top offenses (TOR, NYY, HOU, etc.). If I have two similar one-start pitchers that I’m deciding between, I’ll usually make that decision based on opponent and park.

Paul Sporer (Fangraphs, ESPN Fantasy Sports, @Sporer): As edges disappear in the information age, streaming hitters still has some untapped value. Looking at venues, pitcher handedness, and recent playing time trends have me churning 2-3 hitters in my lineup in an effort to maximize hitting production. Everyone knows about streaming pitchers, but streaming hitters has some hidden upside in leagues of all sizes!

Scott Swanay (FantasyBaseballSherpa, @fantasy_sherpa): Hitters – I generally don’t make changes from week to week unless I’m undecided between 2 players and one has significantly more games or a much more favorable schedule than the other. For pitchers I decide among marginal options based on their upcoming matchups. At this point in the season I also start to pay more attention to categorical needs than I did the first half of the season.

Tristan H. Cockcroft (ESPN, @SultanofStat): I tend to label certain players on the roster — generally the lower quarter of the lineup and their matchup partners on the bench — matchup types, then make decisions on those players based upon pitching matchups, volume of games, pitcher handedness, ballpark factors and recent performance. If it’s a more proven type, I just roll with ‘em.

Charlie Wiegert (CDM Sports, @GFFantasySports): For hitters, how many games they’ll be playing, and the quality of the pitchers they are facing. Always look to play guys at Coors. Studs stay in no matter what. For pitchers, try to take advantage of two starts, look at opponents and who their going against. I’ll use a two start guy over closer with team having 5 games if I’m not hurting for saves.

Jeff Boggis (Fantasy Football Empire, @JeffBoggis): Yes I do. I wish all leagues allowed for daily roster changes. So many factors that you can take into consideration such as pitching matchups, ballpark dimensions, and always starting hitters in Coors field. I also will start players that are playing in a double header that day. I also take into consideration their ranks over the past 7 days to identify players on my team that are on hot streaks.

Todd Zola (Mastersball, @toddzola): In full disclosure, this question was instigated by a Twitter thread discussing using hot and cold streaks to stream hitters. There were a few Touts contributing to the discussion, so I thought it would make for a good question. Not many mentioned streaks, suggesting it isn’t part of their process. I agree with that, as streaks may be real, but they are also not predictive as they can snap at any time. That said, hot streaks often beget more playing time (as others have noted). Like my colleagues, I care about the added playing time and not the recent production.