The results won’t be official until tomorrow, but the champions appear to be clear:

TOUT NL: Nate Ravitz wins his first Tout title, as he and 2009 champion Brian Walton switch places in the standings.

On the last day, Steve Gardner’s on the ropes, he writes at USATODAY.com.

With two left to play, is Alex Cushing. He explains why at USA Today. 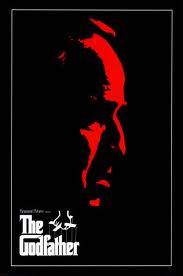 As I sat and listened to Cardinals President Bill Dewitt Jr and GM John Mozliak try to put a positive spin on the Cardinals season and make their pitch for next year to a select group of season ticket holders, I was more worried about how John Lester and Francisco Liriano were going to do last night.Â  I became a fantasy scoreboard watcher, sitting with one eye on Chris Carpenter and the other on the visitor scoreboard.

The White Sox score first on Lester and I blurt out â€œOh Shitâ€, and have a bunch of people around me wonder whatâ€™s going on, since nothing happened on the Cardinals field. Come on Lester, get your act together here tonight I sputter, you do want win 20, right?Â  The Cardinals score as Albert rips a double into the left field corner and Spillborghs hacks the rebound off the wall and Schumaker easily trots home.Â  I look up at the scoreboard and see Victor hit a two run homer and the Red Sox have the leadâ€¦alright, things are going good.

For the Cardinals, things would get better, with two more runs in the second and third innings, and Carpenter is cruising.Â  Most of the throng of an announced 36,000 attendance that wasnâ€™t a person more than 25,000 in the ball park is wondering why the Cardinals havenâ€™t played more like this the last few weeks.Â  This game could have meant something, weâ€™d be fighting for a playoff spot.

But as I look at the scoreboard, the only games that meant something to me are going wrong.Â Â  The White tie it up, and Toronto takes a two run lead on Liriano.Â  It would only get worse! The White Sox hit Lester with a 4 spot in the 4th and tack 2 more on in the 5th, and the Blue Jays hit the Twins with 2 in the fifth.Â  The only fifth Iâ€™m really thinking about at this spot is the one of Glen Livet I wish I had so I could drown away my sorrow, as I just watched my Tout wars team lose almost all hope.

As the Cardinals and Carpenter finish up the masterpiece over the Rockies, I hope Tuloâ€™s one hit is the worst night from my hitters.Â  It wasnâ€™t!Â  They went 8 for 31, a .258 average. As Jose Bautista and Edwin Encarnacion show the fans at Target Field this can be a home run ball park after all, Lester, Liriano and Heath Bell combine for a 12.23 ERA and 2.23 Whip.Â Â  Somewhere there is a fat lady getting ready to sing (or maybe she already has but I donâ€™t want to hear it!).

Iâ€™ve now fallen 3.5 points back.Â  I need Slowey, Lannan and Daniel Hudson to all throw shut outs and lot of other people to get lit up this weekendâ€¦so the Godfather is calling in some favors from the players that can make that happen!Â  Donâ€™t hold your breathâ€¦I donâ€™t have any horse heads I can put in peoples beds to get their attention!

Steve Gardner weighs in at USA TODAY as the race tightens.

Itâ€™s been quite a battle, and just to be in a position to win is remarkable.Â  I didnâ€™t really think Steve Gardner or I had a chance to catch Andy Behrens a month ago, and I was focused on second.Â  My team needed a lot of work during the year to keep it in contention, mainly because I came out of the draft short on relief pitching and heavy on stolen bases.

With just this final week to go, I took a look at the standings Sunday night and tried to see where I might be able to pick up a point or two.Â  The categories where it looked like some movement could happen between the three of us on offense was HRâ€™s, RBIâ€™s and AVG, so I decided to drop a non productive Casey Blake for Yuni Betancourt.Â  After Blakeâ€™s two home runs yesterday, that might not have been a smart move!Â  I need 6 HRâ€™s to pick up a point, and Iâ€™ve fallen 17 RBIâ€™s back, so I doubt anything will change there.Â  Batting Average is a real deadlock.Â  Going into today, Iâ€™m tied with Doug Dennis at .2742 and Gardner is at .2741, so that one point I need could come if my guys can hit .310 for the week.

Pitching has been an effort all year long, and Iâ€™ve been chasing saves for months. After picking up Heath Bell and Matt Lindstrom in trades July 5th I started making up some ground.Â  Storen helped a little, Parnell was a bust, but Rodney got me a few, and then Coke got me a couple. I was playing 6 RPâ€™s for 3 weeks, but holding my own in wins and strike outs.Â  So going into this last week I had 62 saves, 2 ahead of Minnix and 5 behind Kastner.Â  I thought playing just Bell, Franklin and Storen I could stay ahead of Minnix (who has Wagner and Axford), and I couldnâ€™t catch Kastner.Â  So I loaded up on starters and to try to catch Gardner in wins, who I was two behind. I played Lannan and Slowey for two starts, Daniel Hudson, who has been hot, Lester, Kershaw and Liriano.Â  Tim Hudson, who had been getting rocked and was losing a day of rest, scared me, so I left him on the bench.

What a dumb job of managing that turned out to be, as Slowey gave up 6 runs in less than two innings, and single handidly lost me two points in ERA and one in WHIP with the performance.Â  Iâ€™d be in first right now if I went with Hudson instead of Slowey, although Iâ€™m sure everyone could say if I did this instead of that, theyâ€™d be in first.Â  And it looks like Kershaw is done for the year, missing his final start.

So I need great performances out of Lester, Liriano and Daniel Hudson, Slowey to rebound with his last start, and Lannan to finish strong to have a shot.Â  Looks like Sunday will be a big day for me!

With five days to go, Steve Gardner’s tied for first. His latest thoughts at USA Today.

If losing a late-September FAAB bid on Nick Blackburn is a heartbreaking event, then you know you’re in a tight pennant race. That’s the sort of ridiculously tight finish we’re facing in Tout Mixed. When you get seven great innings out of Tim Stauffer and can’t get a W, perhaps it’s not your year. This is true for the Padres, and it’s true for Team Behrens.

Honestly, even though my team has basically hemorrhaged points over the past three weeks, I’m reasonably content with the way I’ve navigated the season. I’ve certainly had a few misfires on free agents — didn’t go high enough on Scherzer, bid a million dollars on Smoak — but I’ve had success stories, too. I suppose I could have worked harder to deal Brian Wilson or Carlos Marmol — or been willing to settle for less in return — because I’ll win Saves by too wide a margin. Still, I had a successful auction, I’ve been competitive in all categories, and my team has piled up at-bats. (It’s no coincidence that the three teams battling atop the standings are 1-2-3 in ABs). If I fail to win the league, it won’t be due to managerial negligence, and I’ll no doubt have been beaten by a very good fantasy owner. No shame in finishing behind Charlie or Steve.

There are certain things that simply fall beyond a manager’s control — like, say, losing Hanley Ramirez and Johan Santana when you need them most. Or losing Chase Utley and Jose Reyes for long stretches. Or losing Kevin Youkilis for the year. Or … well, you get it. I’m disgusted with my team’s training staff. None of them will be returning to the ballclub next year. NONE. We’ve had a complete purge. We’re going to change the entire off-season conditioning program. More core strengthening, less winter ball.

Best of luck to my leaguemates, and congrats on a fine year.