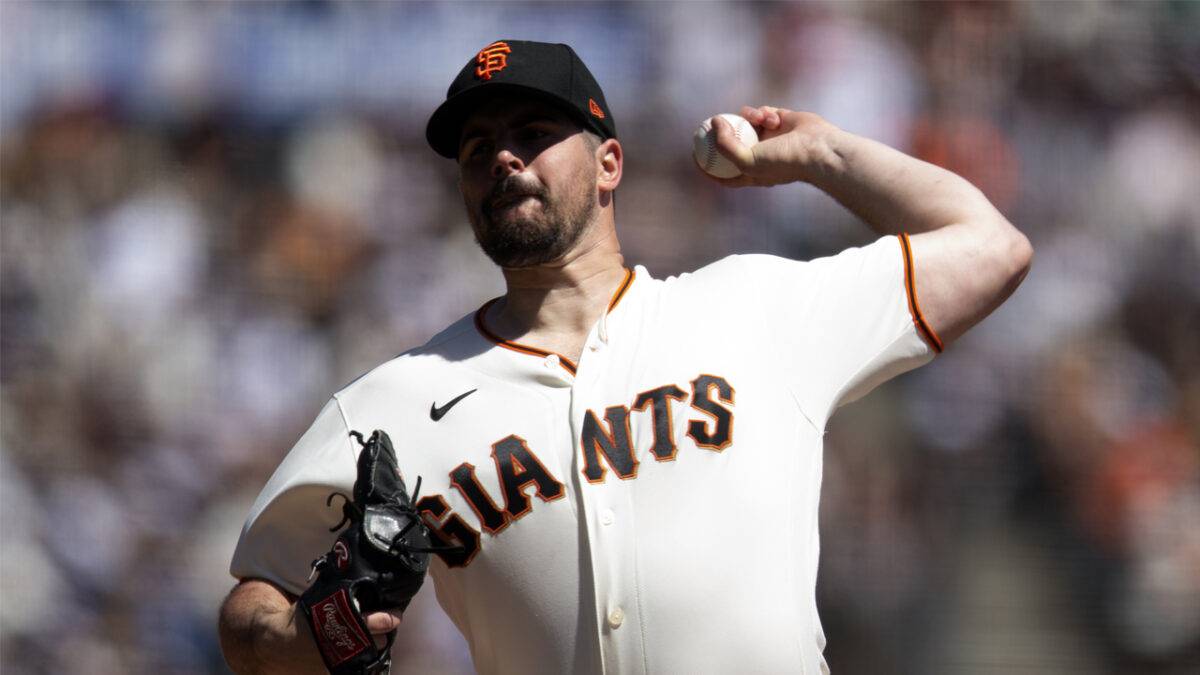 OK, that was weak. Hopefully, our picks will be strong. Here are some of the plays in this week’s Tout Daily Contest.

Pitcher: Carlos Rodon – Bummed some of the better options are off the main slate, but I want to pay up and Rodon is in a great spot at home vs. the Athletics

Hitter: Jesus Sanchez – Weather could be an issue, but I like Sanchez batting cleanup against Josiah Gray. I’m also looking at Bobby Witt hitting sixth against Dallas Keuchel

Pitcher: Triston McKenzie – Angels have struck out more this year and he comes at a nice mid-tier price tag that can let you save money or fit in a Carlos Rodon if you want to.

Hitter: Matt Olson – Marcus Stroman has been not missing many bats this year and Olson has the power to hit it a long way if he makes good contact.

Pitcher: Carlos Rodon – THE BAT projects Carlos Rodon as the best non-deGrom pitcher in baseball, and he faces the worst offense in baseball. He’ll be chalky, but he projects for nearly 30 DK points and is a great play regardless.

Hitter: Cody Bellinger – The recency-biased “Cody Bellinger sucks now” people have quieted in recent days with Bellinger crushing, but his price hasn’t risen much. $3.2k for a good hitter in the best lineup in baseball is a steal, especially when that offense is the only one of the day to project for 6+ runs.

Pitcher: Josiah Gray – Carlos Rodon is the chalk play but Gray at $8400 faces a Miami offense that averages less than 4 runs per game. In his last 2 starts Gray has thrown 10.1 innings and allowed 4 hits, 1 run and struck out 13 batters.

Pitcher: Carlos Rodon – Averaging 30.4 Fantasy Points Per Game. You have to pay up for him at $10,100, but he has a favorable home matchup tonight against Oakland.

Hitter: Owen Miller – He was tearing it up before he was hit with Covid. Taking advantage of his depressed salary at $3,400 this evening. He is batting .445 on the season.

Pitcher: Tony Gonsolin – Like the price and the DBacks have yet to hit anyone.

Hitter: Mat Olson – Nothing to add to CJ’s comment

Pitcher: Sandy Alcantara – The Nationals rank 24th in scoring and OPS. Alcantara has been great in his three starts and should be able to take advantage.

Hitter: Mookie Betts – With a .203 average, people seem to be writing him off, so I’ll expect him to have low ownership despite the fact that he’s leading off vs. the D’backs.

Pitcher: Max Fried – Great price for a guy who should have a great outing

Hitter: Austin Riley – Why is he priced so low ? The new daddy is taking Stroman deep

Pitcher: Tony Gonsolin – You ask me for miracles. I give you the Diamondbacks.

Hitter: Cody Bellinger – Still only $3.2 against Zach Davies. Seems like an auto-play to me. It also seems like I’m going to have the same plays as everyone else. Oh well.