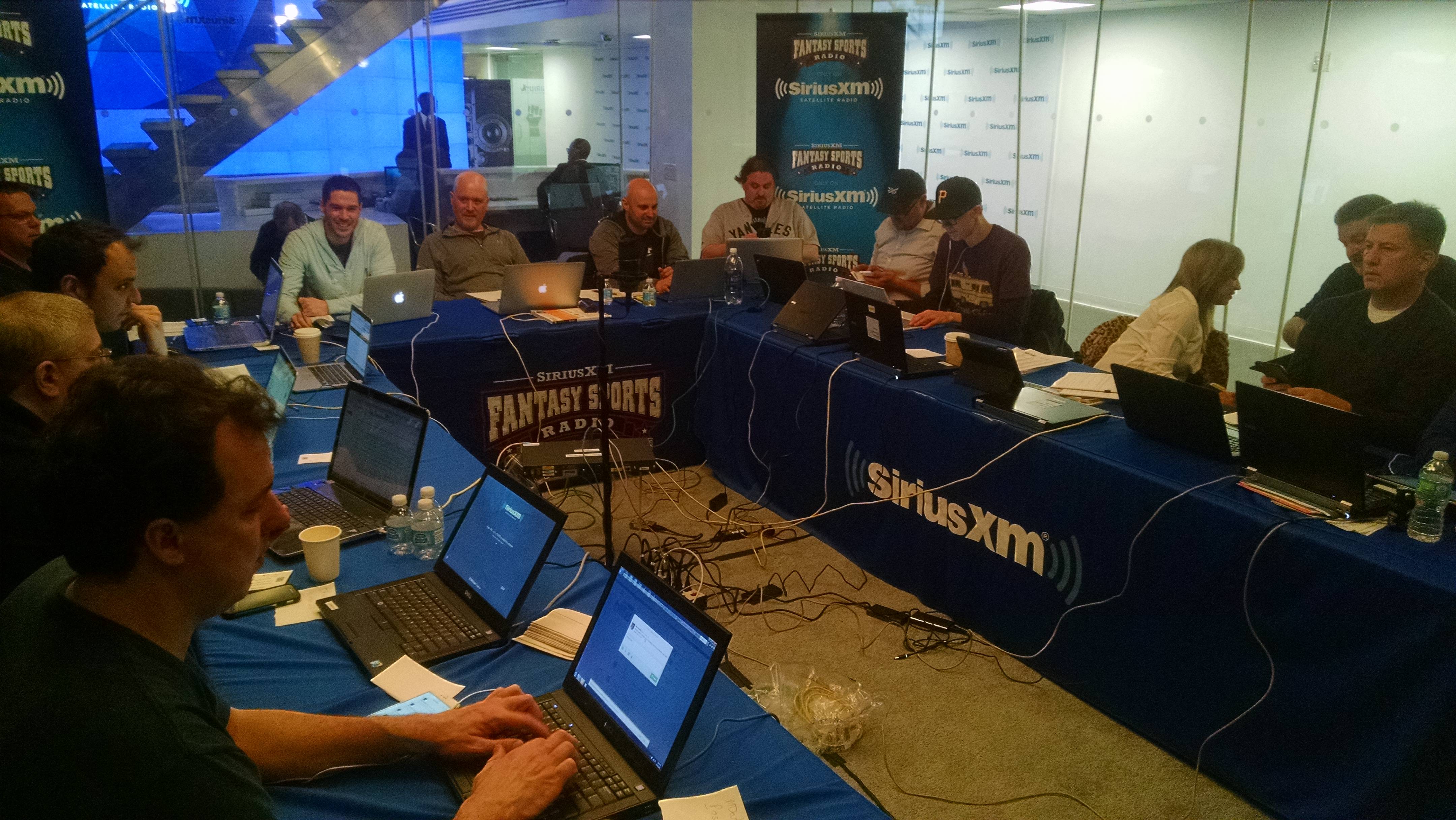 The draft is being covered by Colton and Wolfman on SiriusXM Fantasy Sports, though I hear the Wolfman isn’t in tonight. I’m sure Glenn will have an able co-host.

The link to the public draft room on Fantrax is here. You can see the actual draft order there.

Draft order is based on teams that finished better last year getting their choice of picks. The order of picking this year was:

Teams that finish in the lower half of the standings one year face a FAAB penalty the next. The numbers in parens are that team’s FAAB for 2022. The penalties follow teams even if they change leagues.