Larry also won LABR AL this year. And he has a book about winning coming out, no coincidence. 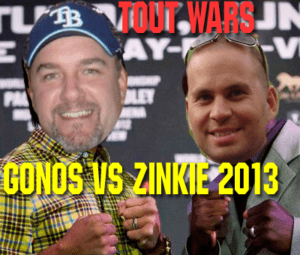 One point, one game, one champion. Follow @davidgonos and @fredzinkie on Twitter tonight, for their reactions of their down-to-the-wire pennant race, on Twitter. Game time is 8:05 pm ET.

@davidgonos @ToutWars Most stressful month ever. You just wouldn't go away! Mail some Yoo-Hoo to Canada and I'll buy you a beer in March!

@davidgonos @ToutWars Price was the best and worst thing to happen to your team tonight.

Congrats to my friend @FredZinkie for his 2nd @ToutWars win, and my 2nd 2nd-place finish. This guy is a machine!

My innings for my hitters (Loney, Pierzynski & Martin) are coming up. Action will happen in 6th, 7th and 8th. @ToutWars

@davidgonos Pretty sure my heart stopped when Loney hit that ball. #toutwars

Loney toys with my emotions. Poking a deep fly all to LC. That could have gone a long way in helping my blood pressure drop. @ToutWars

RT @toutwars: Battle of the Touts Tonight on Twitter http://t.co/kh2roAP01h

After the draft his team ranked with a handful of others (Zola, Pianowski, Walton, Gardner, Hertz) as the top teams in Tout NL this year, but if you look at his place of finish from week to week, it doesn’t seem that close:

Only the last one matters, of course, but the picket fence impresses. (Todd Zola squeezed ahead briefly following the All Star break).

A few deals slipped by without comment in recent weeks.

Comment: Gianella gets a vexing, argumentative, underachieving player on the active roster. Hertz gets a minor leaguer with some potential, though without a defensive position that makes sense, and probably not for a year or two.

Comment: Hertz is tireless at trying to get something/anything for the pieces he’s going to unload.

Comment: When it happened it was a classic power for speed move. The next day Ryan Howard went down, out until mid-September. Six days later, Revere broke his foot and is out for the season.

Comment: Gardner upgrades his pitching, while Pianowski upgrades his offense. The gem here is Wainwright and Gardner has a lot of points to gain in ERA, WHIP and K, while Segura, regardless how much power he shows, will help Pianowski in BA and SB especially.

Comment: Gianella gets the best basestealer in the game to add to his lowest-ranking steals squad in the league, while Scott converts the cat he’s far ahead in first in for some additional power. For teams like Scott’s (and my 11th place team), the goal is to get to 60 or more points, to avoid the FAAB penalty, and to pass as many teams as possible to move up in the 2014 reserve draft.

Comment: I found myself with the Dbacks’ putative closer, a status that could work out or could be undermined at any moment. Since I’m 20 some odd saves behind the 11th place team, holding onto Ziegler had almost zero value (apart from the innings). I offered him up to the league and fell into productive talks with Phil, who is looking to strip his staff of average (or worse) innings, looking to bring his ERA and WHIP down. While I’m wary about adding mid-level starters, for the same reason, Cole’s ERA improves me, and so does Villanueva’s WHIP, and I do have points to gain in K. Phil gets two lottery tickets for saves, plus significant reliever strikeouts. I also get a hitter who should have a decent average and a few RBI in 15 or so AB per week. That’s a lot better than I’ve been playing.

Comment: Hertz sheds guys he doesn’t want, gets a little something back. Jordan is a risky guy to play, he’s not been overpowering, but while he fills in for Ross Detwiler he could be helpful to a team that could use some innings. Mike points out that he’s got two starts next week, versus the Pirates and Mets. After that he may well be gone. 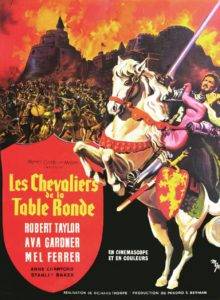 Derek Carty says, Not so fast!

In a group email list among Tout Warriors, a spirited discussion breaks out. Steve Gardner’s story in USA Today does a good job of explaining some of the issues involved.

Rotoman takes a look at what hitters would gain most in value by the change to OBP.

Tristan Cockcroft doesn’t mention Tout Wars, but he does propose changing the roto categories. His idea? 6×6 roto, with OBP and SLG replacing BA, IP and K/9 replacing Strikeouts, and Quality Starts replacing Wins. You can disagree and appreciate his thoughtfulness on the subject.

In a story that may be behind the paywall at Rotowire, Jason Collette looks at the game’s declining Batting Averages in recent years, and the fantasy implications. In the comments a spirited discussion breaks out about the pros and cons of replacing BA with OBP. In sum, lots of support for the idea of it. Some skepticism about the receptiveness of the general fantasy public to the change.

SiriusXM will cover all three Tout Wars drafts live, from the first bid to the last tout reaction, and will also host a Q+A session with the touts at 2pm on Saturday.

In my last Tout Wars mixed drop-in, I complained about being in third place. Today, I’m thanking it … well, as much as I possibly could with only a few days left in the season. END_OF_DOCUMENT_TOKEN_TO_BE_REPLACED

Brian Walton has such a giant lead in NL Tout that it is hard not to be upset that he’s lost Albert Pujols to a fractured forearm for a month. Too bad! I feel really badly that his great season has been tarnished, and I really really hope he’s able to hold onto his lead.

USA Today’s Steve Gardner, another Tout NL competitor, feels badly for Brian, too, though he doesn’t come right out and say it.